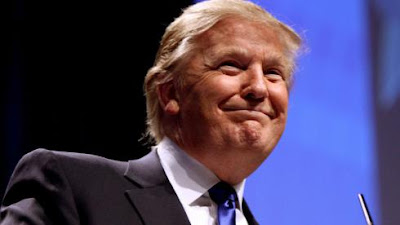 Unless Donald Trump now gives a series of serious, scripted policy speeches in the coming weeks - which is extremely unlikely - his candidacy is doomed, and it was a long shot to begin with, so he'd better start listening to people.
Posted by Stephen at 12:37 PM No comments: